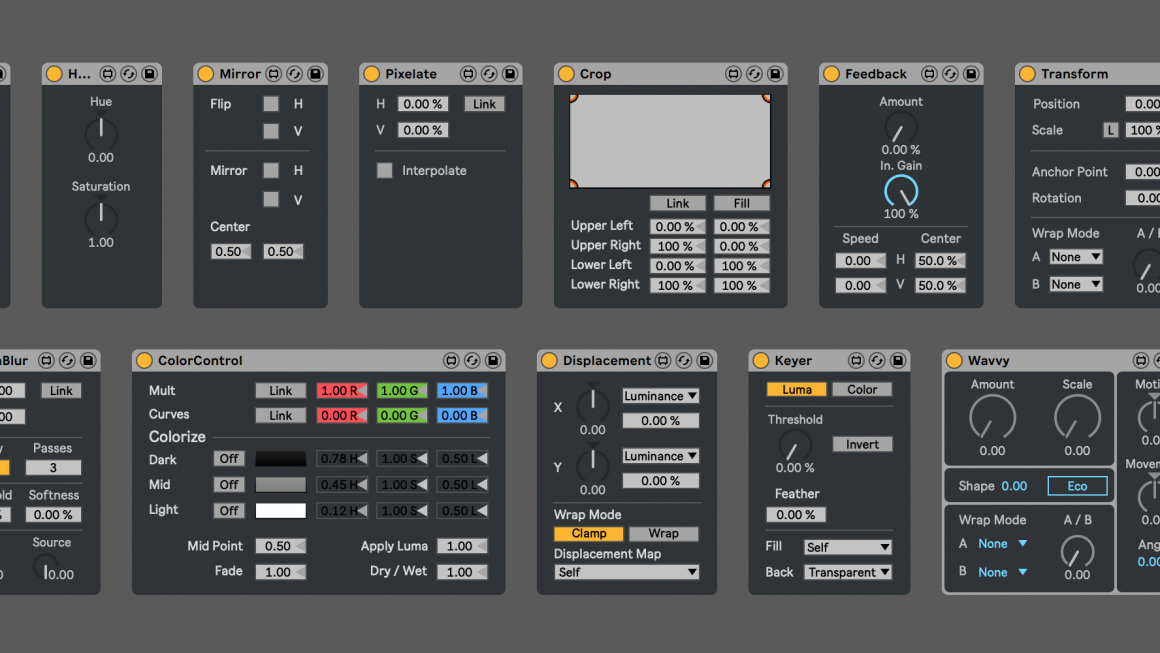 Now that we’ve moved to a new major version for Videosync (from 0.9 to 1.0), we’ve taken the opportunity to make some extensive updates to our plugins.

There were several outstanding issues, like misspelled parameter names or automation values, that we’ve wanted to fix for a while. On top of this, Videosync now uses the same Control Surface that Beam does: “Showsync”, while previously, it used its own Control Surface “Videosync”.

The downside of fixing these issues is that it breaks backward compatibility. This means that our existing users can’t replace the plugins in their existing sets with the new 1.0 plugins, or at least not with the chance of losing some parameter settings and automation envelopes.

As a solution to use Videosync 1.0 with older sets, we’ve made a special pack of plug-ins that look and behave the same as the 0.9 plugins, but are compatible with Videosync 1.0. They can also be used alongside the new 1.0 plugins.